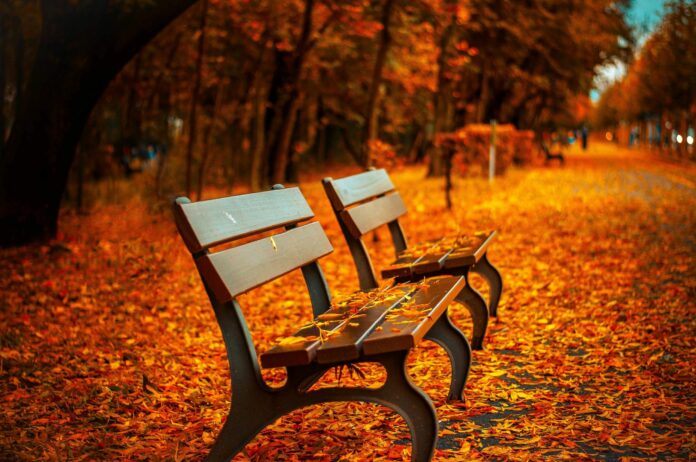 Tokyo is one of the most populated and congested cities in the world. However, all over the city of Tokyo, there are a large number of great parks of all sizes that the people can enjoy and most of the parks in Tokyo are free of charge.

The Japanese people love parks and when they visit they like to enjoy themselves. They will bring tarps and other ground coverings, sitting on them with their shoes off enjoying the day outside. Many people will listen to music, play sports, enjoy snacks or a meal, have a few drinks and just have a good time. The parks are very busy in Tokyo on public holidays and weekends, especially in the spring and summertime. Here is a list of Tokyo Public Parks.

Shinjuku Gyoen is the most beautiful park in Tokyo and might be one of the most picturesque parks in the world. This park is a collection of three different gardens. A Japanese landscaped garden, a French landscaped garden, and an English landscaped garden. There is also a large greenhouse that contains many tropical and subtropical plants and flowers. Shinjuku Gyoen features many wide-open lawns, several ponds, forested areas, and several structures including a restaurant, an information center, and an art gallery. For those who love the cherry blossom trees, this park has numerous early and late blooming cherry blossom trees, which provide an extended cherry blossom-viewing season that occurs from around the middle of March until well into April. Location: 11 Naitomachi, Shinjuku City, Tokyo Train Access: Shinjuku Station, 5 min walk Google Maps

Yoyogi Park is one of Tokyo’s largest parks. It has wide-open lawns, ponds, and forested areas. Inside Yoyogi Park, on weekends and holidays, you can find some of Tokyo’s largest entertainment festivals with, stage acts, food trucks, food stalls and vendors selling a variety of goods. It is a great place for jogging, picnicking, partying and other outdoor activities. Yoyogi Park is a popular cherry blossom viewing spot in spring, and famous for its large Ginko tree forest, which turns intensely golden in the fall. Yoyogi Park is one of the most popular parks in Tokyo. Location: 2-1 Yoyogikamizonocho, Shibuya City, Tokyo Train Access: Harajuku Station, 3 min walk Google Maps

Hibiya Park is a large park that has around 3,100 trees. It is a popular place in the fall to see the many colors of the changing tree leaves. There are over fifty types of different kinds of Japanese trees planted in Hibiya Park. These trees have been donated by every prefecture of Japan. The dogwood trees in the park are a gift from the United States after Japan gave the gift of the cherry blossom trees to Washington D.C. that now line the Potomac River. Hibiya Park is also home to Japan’s first western-style flower gardens that maintained to this day. The flowers in the park are managed so that at least one variety of flower is in bloom, during each month of the year. Location: 1-6 Hibiyakoen, Chiyoda City, Tokyo Train Access: Hibiya Station, 3 min walk Google Maps

Komazawa Olympic Park is a very large park that was constructed in 1964 for the summer Olympic games. It is considered a sports park that blends forests and greenery with athletic facilities. The Komazawa Olympic Park holds many sporting events. There are cycling and jogging routes around the park, a dog run area, a skateboard park, and an assortment of other entertainment options. There are three separate areas that have been created for kids. The Pig, Squirrel, and Horse parks. Each one of these small parks has unique areas that are specifically made for children to play. Location: 1-1 Komazawakoen, Setagaya City, Tokyo Train Access: Komazawa Daigaku Station, 10 min walk Google Maps

Ueno Park is the oldest, largest and one of the most popular parks in the city. Inside the park, there are temples, shrines, pagodas, a small event amphitheater, Shinobazu Pond, Benten-do Temple, some of Japan’s finest museums, Ueno Zoo, and Japan’s first zoological garden. The park has a lot of greenery and it has nearly 9,000 trees that come in many varieties, including around 1,200 cherry blossom trees that line the park’s central pathways and fill the park. In the springtime, Ueno Park is one of the most popular and lively parks in Tokyo during the cherry blossom season. Location: Ueno Park Train Access: Ueno Station, 3 min walk Google Maps

Inokashira Park is a very popular park and it can be very busy especially on weekends, holidays and for special events. The park revolves around a large pond, centered in the middle of the park surrounded by many kinds of trees and vegetation. The Inokashira Park has a petting zoo, small aquarium, funny shaped rental boats, children’s playground facilities, and an event stage. On weekends and holidays, the park has many kinds of vendors, musicians, artists, and street performers. Location: Inokashira Park Train Access: Kichijoji Station, 6 min walk Google Maps

Sumida Park is located along the Sumida River that flows through Tokyo. Flanking both sides of the Sumida River are around 1,000 cherry blossom trees lining both banks of the river. The Sumida Park is very popular at the beginning of spring when the cherry blossom trees burst into the blooming mode. This park is also a great place to view the largest fireworks show in Tokyo, the Sumida fireworks festival that occurs on the last weekend in July. Location: Sumida Park Train Access: Asakusa Station, 8 min walk Google Maps

The Showa Memorial Park is a massive park that is really a super park that was once the site of an airbase. This park has large wide-open lawns, many hills, a pond, and other water features. This park has a wide range of things to do. There are forests and wooded areas with walking paths, large open grass areas, Japanese and Western-style gardens, a large children’s play area, museums, sports facilities, miniature golf, bike, and pedal boat rentals, a BBQ area, a summer water park, and other games and activities. Location: 3173 Midorimachi, Tachikawa-shi, Tokyo Train Access: Tachikawa Station, 15 min walk Google Maps

Kasai Rinkai Park is located on the waterfront at the eastern part of the Tokyo bay and built on reclaimed land and it is next to Tokyo Sea Life Park. This park was developed as a conservation effort to restore and preserve the natural Tokyo Bay habitat. There are many walking paths, wide-open lawns, two beaches, a Japanese garden, a lotus pond, a very large Ferris wheel (Second largest in Japan), a seabird sanctuary and an observation building. There is a popular bird-watching area that includes the ponds and tidal areas. Location: 6-2 Rinkaicho, Edogawa-ku, Tokyo Train Access: Kasai Rinkai Koen Station Google Maps

Nogawa Park was once a golf course and it is very large. This park has large wide-open lawns, trees, greenery, and walking paths. There is a nature center where you can learn about various insects and listen to recorded sounds of Tokyo’s birds. There is a natural spring that goes through the park that is a popular paddling spot in the summer. The children’s play area is filled with climbing frames and play equipment. There are also tennis courts and sports fields. Location: 6-4-1 Osawa, Mitaka-shi, Tokyo Train Access: Mitaka Station, Bus 51, 17 min, 2 min walk Google Maps

Kinuta Park once was a golf course and it is very large. This is a popular park with families. This park is full of wide-open lawns, a cycling course, bird sanctuary, children’s playground, and the Setagaya Art Museum. There is a large number of cherry blossom trees here that offer an extended viewing season. This is a great place to visit to see the trees without the massive crowds that occupy some of the more popular parks. Location: 1-1 Kinutakoen, Setagaya-ku, Tokyo Train Access: Yoga Station, 11 min walk Google Maps

Kitanomaru Park is a scenic park that is located next to the Imperial Palace East Gardens. The open lawn and pond area is the center of the park that is a popular spot for visitors. There are walkways among the trees and a small waterfall and stream. This park overlooking the moat with boaters among the trees is great for cherry blossom viewing. The park is also home to the famous Budokan event center, the Museum of Modern Art Tokyo and a Science Museum. Location: 1-1 Kitanomarukoen, Chiyoda City, Tokyo Train Access: Kudanshita Station, 7 min walk Google Maps

The Meiji Jingu Gaien is a very large park in central Tokyo. It has wide-open lawns, a golf driving range, baseball-batting cages, an indoor ice skating rink, and tennis courts. There is a large number of soccer and baseball sports fields. This is also the home of and the Tokyo National and Jingu Baseball stadium. The park also has the famous street lined with Ginkgo trees, which attracts large crowds during the season to see the golden leaves. The Ginkgo Festival occurs from late November to early December. Location: 1-1 Kasumigaokamachi, Shinjuku City, Tokyo Train Access: Gaiemmae Station, 3 min walk Google Maps

Shiba Park was created in 1873 and it is Japan’s oldest park. This park has wide-open lawns, exercise machines, and a jogging path. The park is built around the Zojoji Temple, Tokyo Tower, and the Prince Park Hotel. There is an artificial canyon (Autumn leaf valley) that explodes in the fall with color. The park is also home to the famous Murayama burial mound, built in the 4th or 5th century. Location: Shibakoen Minato City, Tokyo Train Access: Shibakoen Station, 7 min walk, Akabanebashi Station, 10 min walk Google Maps

Koganei Park is very large. It has wide-open lawns, walking paths and rental bikes available for people of all ages. There is a sledding hill with rental sleds. There is also a BBQ area (reservations required). The park also houses the open-air branch of the Edo-Tokyo Museum. Location: 1-13-1 Sekinomachi, Koganei-shi, Tokyo Train Access: Kichijoji Station, Bus 73, 1 min walk Google Maps

Hanegi Park is a popular residential park. The park has a baseball field, tennis courts, wide-open lawns, and a playground. It is a popular park for dog walking and joggers. This park is famous for its over 650 plum trees and the plum blossom viewing season occurs from March to May. Location: 4-Chome-38-52 Daita, Setagaya City, Tokyo Train Access: Umegaoka Station, 5 min walk Google Maps